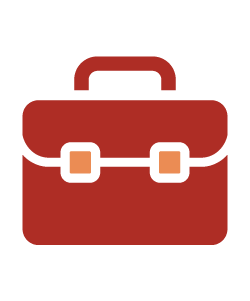 Gaining Custody Of Frozen Embryos In A Divorce

It's common for parents to fight for custody of their children in a divorce, but what if the kids haven't been born yet? Increasingly, separating couples find themselves in the unenviable position of fighting for possession of frozen embryos created during infertility treatments. If you're wrangling with your ex for your unborn kids, here are two things you can do to improve your chances of winning.

Point Out Your Unique Situation

Currently, court rulings favor upholding the rights of spouses who don't want to become parents against their will. Thus, if you want to get the embryos so you can have them destroyed or otherwise prevent them from being used, then the judge is more likely to rule in your favor.

Unfortunately, this means that if you want the embryos so you can have a baby, your request is likely to be denied if your spouse objects to your plan because they don't want to have kids. In some cases, judges have even invalidated contracts where spouses agreed to let their exes have the embryos to produce future children but later changed their minds.

One way to overcome this court bias is to show your need for the embryos is greater than your soon-to-be ex-spouse's need to remain childless. For instance, if you froze the embryos because you became ill and can no longer have biological children by any other means, the judge may rule in your favor to preserve your ability to procreate.

It's best to discuss your unique circumstances with an experienced divorce attorney who can help you present your case in a way that may get the judge on your side.

Roll Out the Contracts

As noted previously, some judges have thrown out contracts giving one party custody of frozen embryos in favor of ruling for the party who wants to remain childless. That doesn't mean the contracts you do have are completely useless, though. Depending on the situation, the judge may be forced to uphold the contract because of state laws or the contract itself may include loopholes you can use to get your way.

For instance, it's not uncommon for IVF clinics to give people the option of donating the frozen embryos to the clinic so they can be used by other infertile couples. If your spouse signed a contract agreeing to that, then the embryos would technically be the clinic's property. You could then request the clinic give the embryos to you or take the company to court to obtain possession of them.

A divorce attorney can review all the legal paperwork tied to the issue and advise you as to what options are available to obtain the outcome you want. It's essential you hire an attorney to assist you with your case as soon as you know you want to separate from your spouse.

For more information about this and other divorce issues, contact a divorce lawyer.